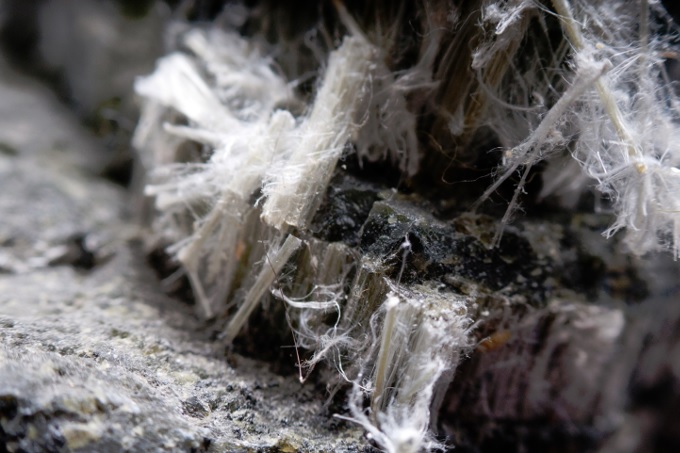 You may have read through your survey and seen that Asbestos has been mentioned, perhaps in more than one aspect of the property. Or you may have heard of Asbestos and have concerns that it can be harmful to you, but what is asbestos?

Well, asbestos is a term for a group of 6 naturally occurring silicate minerals made of microscopic fibres. Out of the 6 types of fibre, 3 were commonly used in construction from the 1950’s up until the middle of the 1980’s, Chrysotile, Amosite or Crocidolite or, rather easier to remember, white asbestos, brown asbestos and blue asbestos.

Before the dangers of these fibres were known, they were often used for insulation, flooring, flues and roofing products like corrugated roofing sheets and some artificial slates. Small fibres were incorporated into these materials and if they are left undisturbed then they are not harmful.

But if works are to be undertaken to those areas then precautions will need to be made accordingly. Unfortunately, disturbing the fibres could be as simple as drilling a hole into an Aertex ceiling that may incorporate asbestos fibres. By drilling in and releasing the fibres into the air, you may breathe them in and this is where the fibres are harmful.

There are 4 main diseases linked with breathing in asbestos fibres and these diseases may take years, or even decades to appear after the initial exposure.

So, while none of that sounds good, it doesn’t mean that you can’t carry out any improvements to your house or go about living in the home safely but that you may need to take precautions. You can have an asbestos survey carried out on your home before you purchase so that you will know where the material is giving you a chance to plan your renovations.

The survey will take small samples of materials from within the home and send them off to a lab to test them for potential asbestos materials. Once you have the results you will then be able to decide on what it is you want to do.

Living with materials that contain asbestos is not an issue in everyday life as it is only when the fibres are disturbed and become airborne that they cause harm which means that you can decorate, move in and live as normal without any problems occurring.

The important thing that you have to remember is not to panic, asbestos is everywhere and probably always will be but as long as it is treated carefully and with respect then you should be safe from the dangerous effects that it can have. If you are unsure which materials in your home contain asbestos you should contact an asbestos surveyor to undertake an inspection.